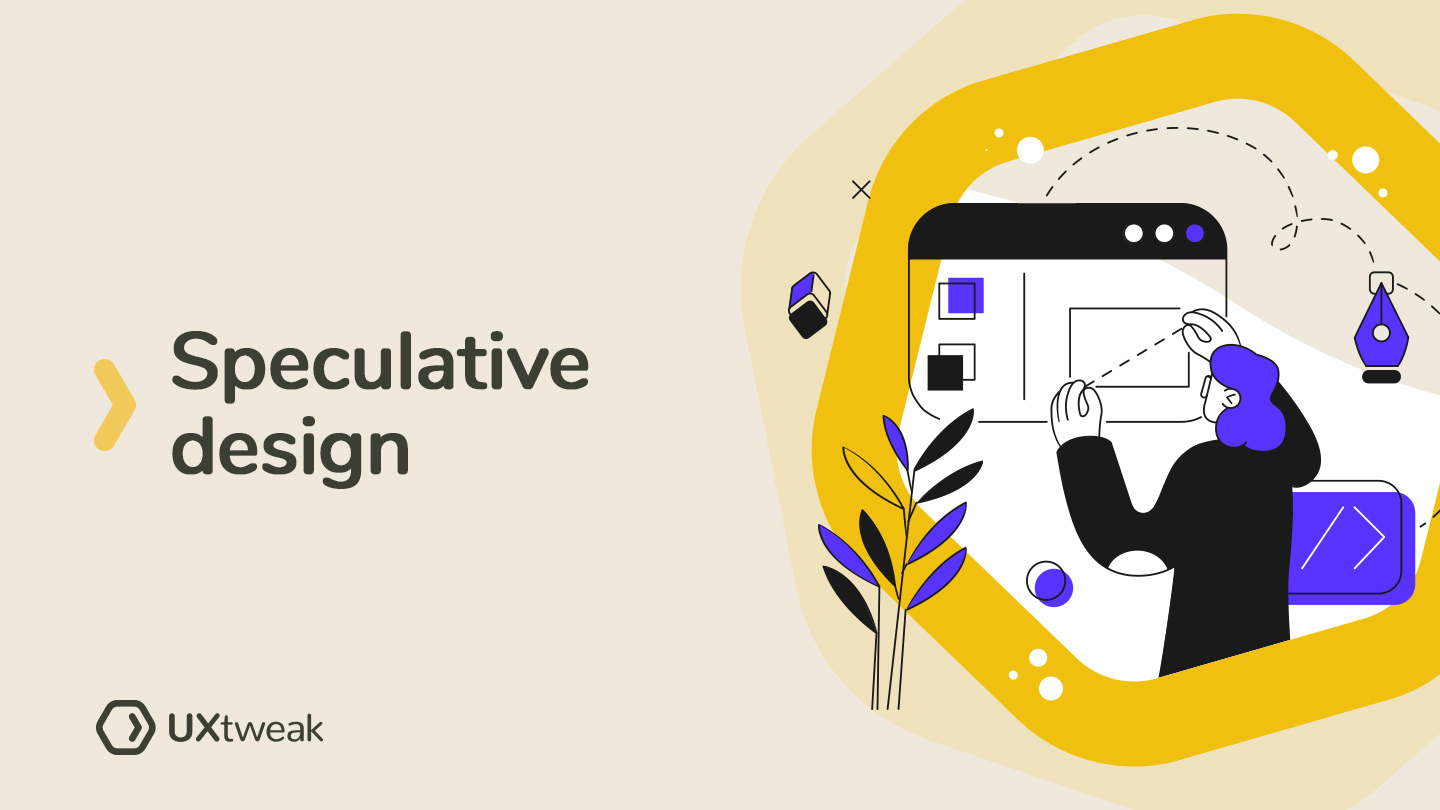 Speculative design and the future

Have you ever wondered how people design revolutionary products without having any framework to follow? Or how large tech companies stay ahead of the curve? Well, it’s all thanks to one thing - Speculative design.

In this article, we’ll go through how speculative design helps you create innovative products, and the impact it has on businesses and the world at large.

What is speculative design?

Like the word speculate, which means to ponder on something or make guesses without enough evidence to be precise, speculative design is an approach that engages the creative mind to focus on possible future changes in technology and our society.

It considers the existent technological advancements and their environmental, economic, and cultural impact in general. However, it does not predict the future or such deals with fantasies.

According to Anthony Dunne and Fiona Raby, who popularized the term, there are different kinds of potential futures. 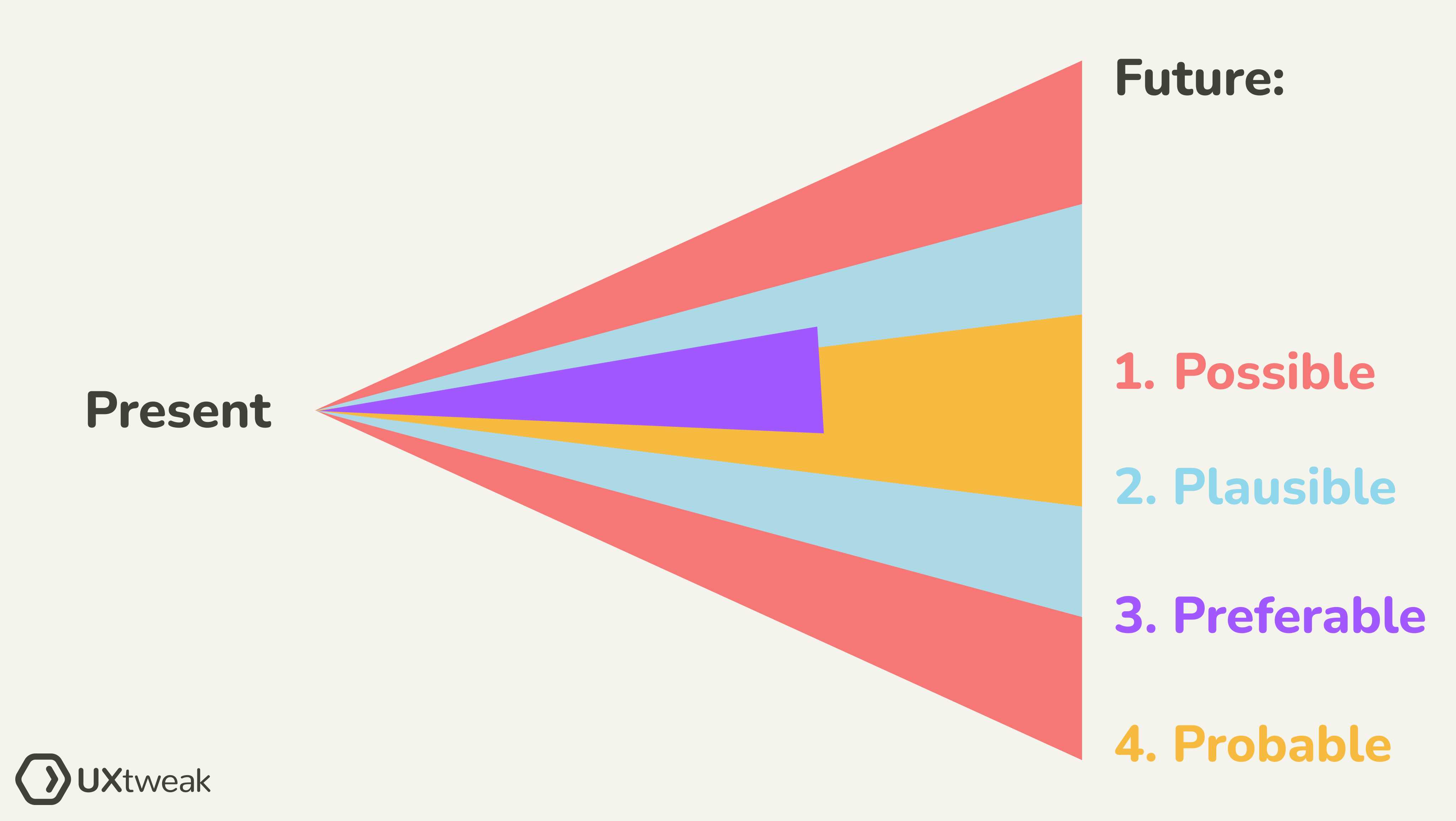 According to them, general design methods and processes happen within the probable future sector where most designers operate, and speculative design falls at the intersection between probable and plausible futures, which considers foresight and scenario planning.

But what does it have to do with design as we know it?

“Design today is concerned primarily with commercial and marketing activities, but it could operate on a more intellectual level. It could place new technological developments within imaginary but believable everyday situations that would allow us to debate the implications of different technological futures before they happen.” – Dunne and Raby.

The essence of design is to try and solve the problem. We consider people’s needs, motivations, and challenges when creating and designing products to help them achieve their goals.

It seems to be the same as speculative design. But designers here look at the impact their designs make on a larger scale. They tend to work outside familiar frameworks. That’s because there are situations where they have to think up design processes entirely different from what is known.

Speculative design asks “ what if? ” and makes informed projections of technological advancements.

Unlike user-centered designs where the focus is on users and how they relate with existing products to solve their present needs, speculative designers look to rethink the future, its many possible scenarios, and how future users would interact with future products.

Designers collaborate with experts from different fields to give material expression to their insights. And through their designs, they look to raise questions, open discussions, and offer alternatives that we may need in the world today.

Also called design fiction, speculative design has become popular in recent years. A good number of companies now adopt this approach to position themselves favorably in their respective markets for years to come.

In fact, it is not uncommon for large tech companies such as Google and Microsoft to employ science fiction consultants to construct ultra-realistic scenarios around their innovative ideas to help them determine how such products would perform before investing their money and time in it.

A great example of speculative design is the iPhone. 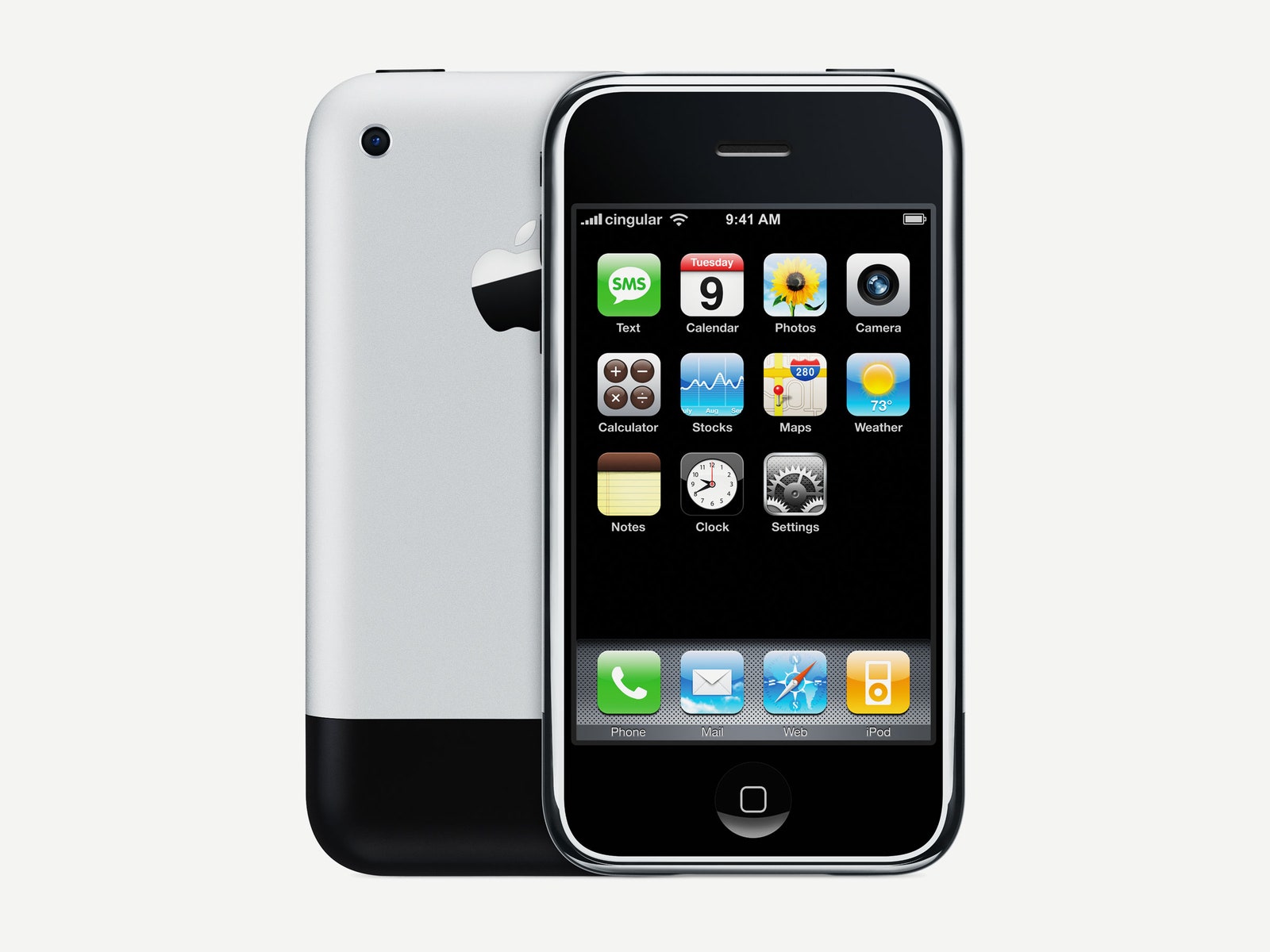 Before the first iPhone, it seemed crazy to think that a phone like that would exist. “An iPod, a phone, and an Internet communicator…These are not three separate devices. This is one device.” – as Steve Jobs said while unveiling the first iPhone at the Macworld conference.

The Apple Inc. team had to create new design systems, processes, operating software that no one had before. They essentially combined insights from what was currently in place and knowledge from hypothetical situations to create what is now one of the most successful products in human history.

And they are not the only ones.

Though speculative design is often limited to courses taught within university walls, there have been instances where world governments have tested it out.

Strange Telemetry and the UK Government

In 2015, the UK Government’s Office for Science partnered with Strange Telemetry – a research company that uses speculative and critical design techniques – to explore the opportunities and challenges of their aging population.

They held workshops where they showed digital mockups and rendered images to the participants, representing how their transport system and workplaces could look like in possible future scenarios. And just like a moderated usability testing, the participants answered questions while being led through the different story scenarios using custom deck cards.

According to Strange Telemetry, this project marked the first of subsequent uses of speculative design in government policy processes.

A group of Sci-Fi writers form an elite squad and use their imagination to help the army fight against high-tech terrorist attacks and other future threats. Seems like a movie plot, right? But it’s real – life.

In 2019, the French government announced the creation of the group of Sci-Fi writers dubbed the Red Team as part of their efforts to strengthen their Military.

This blend of design fiction with military operations is well-liked and currently used by global powers and corporations.

A few decades ago, the thought of an automated house with voice-controlled appliances, security, and all of that cool stuff only existed in our imagination. It was something we would read in a fictional novel at best. Just like the one from 1950, ‘There Will Be Soft Rains’ by Ray Bradbury, about an automated house that survived a nuclear bomb blast and continued its routine functions despite the death of its occupants. Pretty sad, we know. But it was based on his fears during the cold war.

Similarly, “The Jetsons” cartoon was written based on the insights from the technology we had in place then. As well as the climate, social, and economic situations in the world to make projections about the possible future that they reflected.

And today, our designs are catching up and making it a reality. It is no longer a matter of if automated houses are possible, but when every home would become computerized. And let’s not forget about the flying cars!

All these developments require designers to model new user experiences, design systems, and processes for each advancement in technology.

And the best way to keep up is by embracing this design approach. 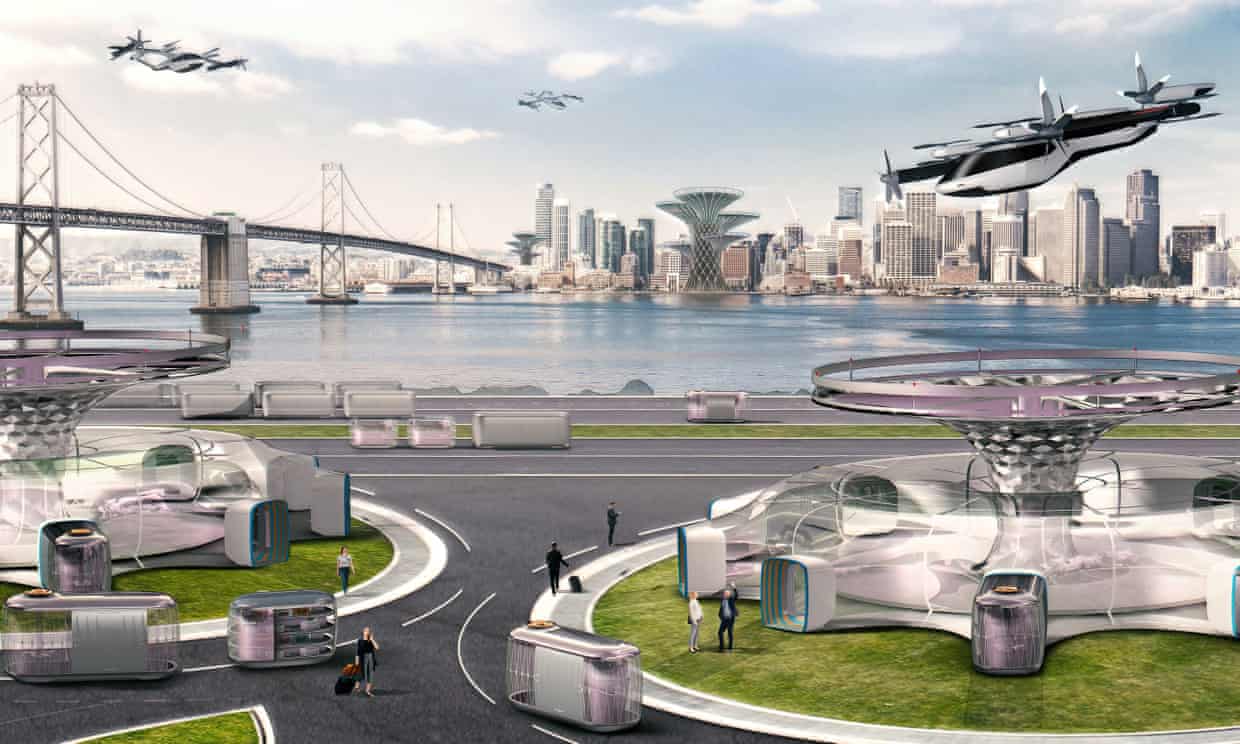 Speculative design sometimes takes on a distinctive disruptive nature. From food tarot card readings that help assist food technology, to a futuristic apartment that shows how humans would adapt to climate change in the near future. Speculative design has sometimes been expressed as a form of art to push governments, businesses, and societies to reexamine the impact our products have on earth.

A fine example of this disruptive use is the pink chicken project.

It aims to use a gene drive to change the colors of chickens to pink on a global scale to represent a fight against current global powers. They claim the chickens are genetically modified to contain a message in their DNA for future civilizations after the world as we know it is destroyed.

This product of speculative design once made headlines and sparked much-needed conversations at global forums and conventions.

Speculative design as we know it

Every good designer has stretched the limits of their creativity at some point, thinking up alternate solutions to a problem they’ve faced. And though this may not be speculative design in its entirety, design itself is made up of such elements.

In UI/UX design, speculative design is often limited to mocking up prototypes, building good user experiences for the human-digital interactions, and ultimately designing the products. It gives room for radical creativity but has its foundation in actual data. It does not operate in a fictional world after all.

Is speculative design for you?

Whether as a business or as a designer, the world is in a constant cycle of change, that we are constantly trying to keep up with. But with this approach, you can do more than that. Speculative design allows you to model the future of your businesses, products, and life in general.

By conducting solid UX research and using your creativity, you too can design the next big thing. And here’s a UX research platform that will come in handy! 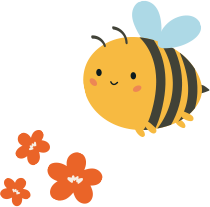 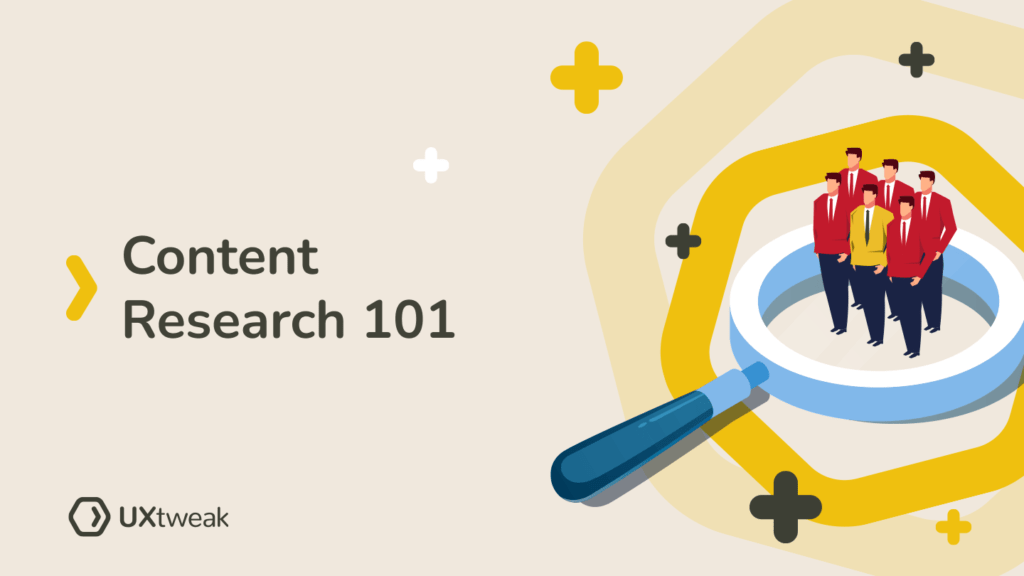 What is content research and why is it important for your UX content strategy and organic growth of your business? How does one go about conducting it? This article contains everything you need to know. Read more ... 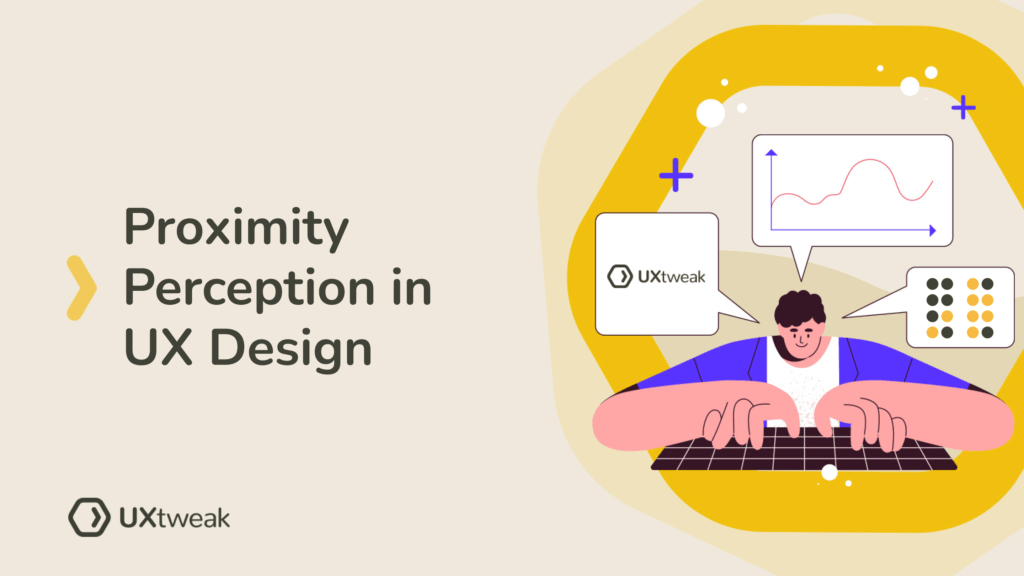 UX Tips Proximity Perception: How to apply this psychology principle in UX Design

Learn about the proximity principle: how proximity influences UX design, understand the concept of proximity perception and how you can apply it effectively in your design. Read more ... 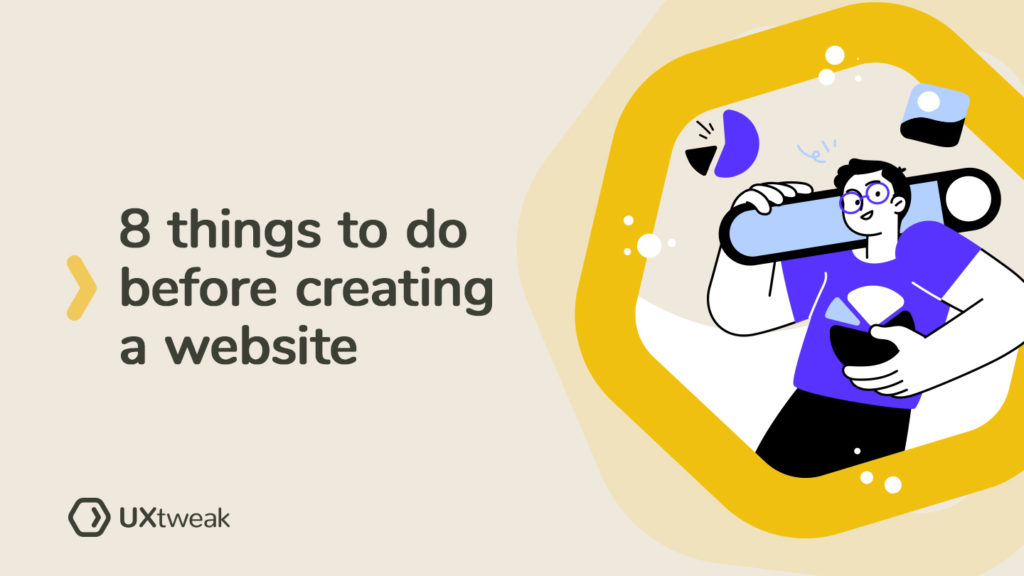 So, you've started thinking about creating your new website, but don't know where to start? We’ve compiled a checklist of things you need to do for your newborn website to flourish. Read along! Read more ... 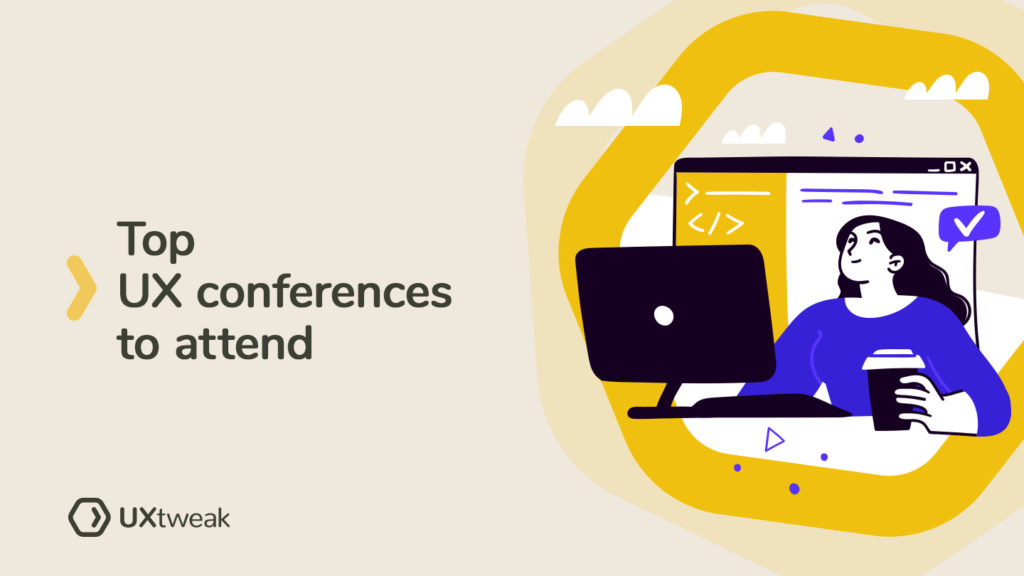 Conferences are traditionally a place to learn from the best, improve and develop professionally, as well as work on our skills. Let’s take a look at 24 UX conferences you can attend in 2023. Read more ...